Trane Technologies, a global climate innovator, announced that Dave Regnery, current president and chief operating officer, has been named chief executive officer and will join the Board of Directors. He succeeds Mike Lamach, who will serve as executive chair of the Board until his planned retirement from the company sometime in the first half of 2022. 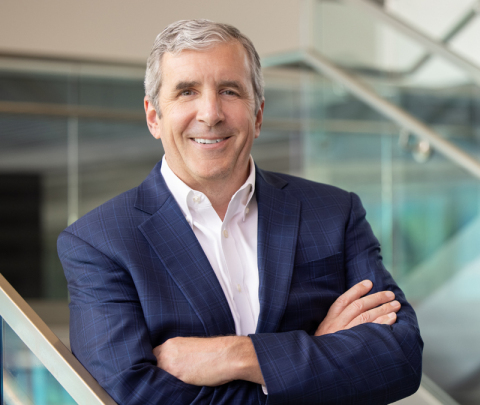 Dave Regnery, current president and chief operating officer for Trane Technologies, has been named chief executive officer and will join the Board of Directors, effective July 1, 2021

“Dave Regnery is the clear choice to lead Trane Technologies into the future, consistent with our comprehensive succession plan,” said Lamach. “Dave has worked alongside me to shape nearly every aspect of our global business – from our business operating system, to our sustainability and innovation leadership, to the development of our culture of inclusion and engagement, which has led to a deep pool of leadership talent. Dave was the co-architect of our transformation as a focused climate innovator. He is an exceptional leader with a deep understanding of our industry, the sustainability megatrends affecting our businesses, our customers’ needs, and how to create value for our stakeholders. I have complete confidence in Dave as he becomes CEO and leads Trane Technologies forward.”

As president and chief operating officer, Regnery has had direct responsibility for the company’s three regional reporting segments and full portfolio of businesses and brands, including Trane and Thermo King. He also has had oversight of the company’s global business operations, including supply chain, engineering and information technology. Regnery has worked closely with Lamach to evolve and sharpen the company’s strategy as an industry leader in climate solutions with a singular purpose – to boldly challenge what’s possible for a sustainable world.

Regnery has been with Trane Technologies for his entire career, beginning in the company’s financial leadership development program, then progressing through financial and commercial leadership and general management roles. Throughout his tenure, Regnery has successfully led all of the company’s businesses around the world, including the Commercial HVAC, Residential HVAC and Transport Refrigeration businesses, and taken them to new heights. Under his leadership, the company launched its successful EcoWise portfolio of products, designed to lower environmental impact through high efficiency operation and low global warming potential refrigerants. He has been instrumental in growing the company’s portfolio of comprehensive building solutions including energy services, controls and digital offerings.

“I’m honored to serve as CEO for Trane Technologies, as we continue to push the boundaries on climate innovation,” said Regnery. “We have the best team, strong customer relationships, and a passion to innovate, grow and create value for all our stakeholders – our team members, customers, communities and shareholders.”

Lamach, who was named CEO in February 2010 and elected chair of the Board of Directors in June 2010, will become executive chair. In this role, Lamach will continue to chair the Board and work closely with Gary Forsee, incoming lead independent director, on governance matters, and with Regnery on the company’s long-term strategic plans, until his retirement sometime in the first half of 2022.

Under Lamach’s leadership, Trane Technologies has transformed from a diversified industrial manufacturing company, formerly Ingersoll Rand, to an industry-leading climate innovator with consistent top tier financial and environmental, social and governance (ESG) performance. Since joining the company in 2004, Lamach led the creation of the company’s proprietary business operating system and its successful deployment of lean, which has resulted in a strong operating company, robust innovation and consistent business results. Lamach’s purpose-driven approach has built a widely recognized culture of inclusion and high engagement, with a shared purpose centered on sustainability.

Lamach has led multiple strategic evolutions, including the spin-off of the company’s security technologies business and the creation of Allegion in December 2013. Most recently, Lamach orchestrated the highly successful separation of the company’s industrial businesses and combination with Gardner Denver through a Reverse Morris Trust transaction, which in March of 2020 culminated in the launch of the remaining company, Trane Technologies plc, as a purpose-driven climate innovator. The company’s total shareholder return1 since Lamach became CEO in February 2010 is 744%, nearly twice the total shareholder return of the S&P 500.

In 2019, Lamach was named one of Harvard Business Review’s top performing CEOs and listed by Forbes among America’s 100 Most Innovative Leaders. He is a leader in the manufacturing sector and has served as chair of the National Association of Manufacturers since June 2019. Lamach also serves on the Board of Directors of PPG Industries.

“The execution of our succession plan will ensure a smooth transition, continuity of leadership and a continued focus on delivering sustainable, top-tier financial performance,” said Dick Swift, retiring lead director for Trane Technologies, and former chair, president and CEO for Foster Wheeler Ltd. “On behalf of the Board of Directors, we are grateful to Mike for his outstanding leadership, which has led to substantial increases in the company’s market capitalization, shareholder value and ESG performance.

“Looking ahead, Trane Technologies and its stakeholders will benefit from the experience of two extremely strong leaders – Mike, in his role as executive chair and Dave as CEO. Dave is the right choice to lead the company into its next chapter given his proven track record, strong vision, and unwavering commitment to advance the company’s growth, performance and long-term value.”

About Trane Technologies
Trane Technologies is a global climate innovator. Through our strategic brands Trane and Thermo King, and our environmentally responsible portfolio of products and services, we bring efficient and sustainable climate solutions to buildings, homes, and transportation. For more information, visit www.tranetechnologies.com.