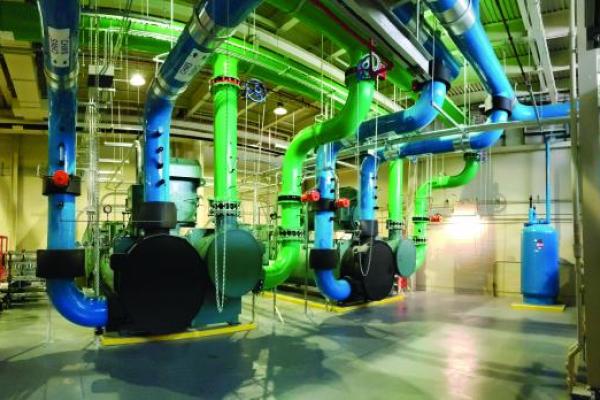 Since its inception, MDW has seen growth in air travel. To handle the increased passenger volume and modernize the airport, a larger terminal went under construction in 2000 and was completed in 2004 as part of a terminal development program. The program also included a new Central Heating and Refrigeration Plant (CHRP), which was completed in 2000 to serve the increased cooling and heating needs of the new terminals. The CHRP was a separate contract from the terminal modernizations and was awarded using a third-party design build contract. Unicom Thermal Technologies (UTT) was awarded the project with Hill Mechanical Group (HMG) as its contractor.