The Institute for Bioscience and Biotechnology Research (IBBR) connects scientists from the University of Maryland, the National Institute of Standards and Technology, and industry to find solutions to major scientific and medical challenges, such as new vaccines and the development of diagnostic and therapeutic products. With one of the nation’s largest collections of high-resolution instruments, they look inside cells and manipulate molecules. IBBR researchers have figured out the molecular structure of proteins, unraveled the protein interactions involved in autoimmune disorders and discovered possible countermeasures for antibiotic resistance. 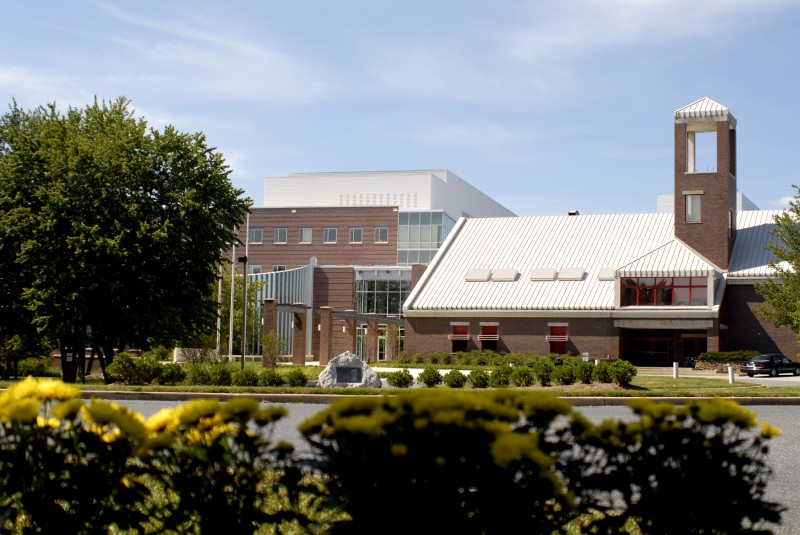 The Institute for Bioscience and Biotechnology Research.

Their work is precise, infinitesimal, and experiments do not end simply because the clock says 5 p.m., or there’s a sweltering heat wave. IBBR scientists require around-the-clock access to their labs—and those labs require a stable environment. A change in room temperature of just one or two degrees could twist the outcome of an experiment. Increased humidity for example, could interfere with the sensitive scientific measurement equipment.

With high-energy-use equipment, their HVAC system must run day and night, in buildings that never go dark. Due to this, IBBR was one of the biggest energy hogs on campus, as well as one of the most difficult to make more energy efficient. Challenged by a state mandate to reduce energy consumption, and a university commitment to reduce total energy consumption 20% by 2020, the IBBR facilities management team embarked on an aggressive plan to meet this goal. One of the first actions: a chiller plant optimization project.

The IBBR campuses, part of the University System of Maryland, occupy over 200,000 sf of lab and office space in Rockville. The original building opened in 1989, adding a wing in 1995, for a building total of 75,000 sf. Each wing has separate chilled water plants, hot water systems and mechanical systems, built to size for the original construction. The systems were connected when the new wing was built, but the components remain segregated. This allows the systems to operate as though they are a single plant, with built-in redundancy. Building 2, a 126,000 sf building, was built in 2007. It also houses a chiller plant and a steam-heating plant.

Combined, IBBR’s environmental stabilization plant, maintains the lab environment by conditioning the air, controlling the temperature, humidity and quantity of air flowing to and through the labs in each building. This is accomplished with large, 100% ventilation air handling units and a combination of variable and constant volume terminal units. A Siemens Apogee building automation system controls and monitors the plant.

Facilities staff knocked out easier projects first to reduce energy consumption. They took steps to conserve water, where IBBR was using at a rate of 1 million gallons a month. They attacked the lighting, consuming 20% of the lab’s energy through reducing the number of fixtures installed throughout the labs. Then, the real work began. Because the HVAC system accounts for as much as 70% of the lab’s energy use, they first turned their attention to optimizing the 900-ton chiller plant in Building 2.

The chiller plant was originally designed to achieve 2 gpm per ton of cooling on the chilled water side, and 3 gpm per ton of cooling on the condenser side. It was outfitted with several variable speed pumps, but the primary chilled water and condensing pump ran at a constant volume, while the cooling towers were configured to maintain a consistent speed. Lastly, the water temperature was controlled with a cooling tower bypass valve. These were prime targets for efficiency measures.

The chillers were manufactured at the same time, but one of them had never run as efficiently as the other, and had ongoing problems with surging. The plant has to provide 3,800 hours of cooling for year, so the facilities staff started their review of individual plant components with the chillers. They found optimizing each component separately could significantly increase the plant’s overall efficiency, allowing it to operate at the lowest possible kW/ton without degrading the atmosphere of the labs.

The Solution: A System Built on Relational Algorithms

IBBR chose Optimum Energy’s OptiCx™ HVAC optimization platform with OptimumLOOP™ control software for chilled water systems. It offered several advantages: it used much of the existing plant equipment, included a dedicated Optimum engineer to oversee implementation and consult on best practices, and the software “self learns” the most efficient operating conditions of each component. From the variable speed drives and sensors installed on chillers, pumps, valves and tower fans, the OptimumLOOP software collects data on the water flow, electrical power consumption, load conditions, and more. It compares the data to control algorithms, assesses plant conditions in real time, and then automatically changes pump and fan speeds. This allows leaving chilled water temperature, equipment staging and other operational changes to maximize efficiency.

IBBR began deploying the solution in 2013, after completing the university’s procurement process and getting some funding from their local energy provider. The first step was installing new variable drives to convert IBBR into an all-variable-flow plant, as well as the sensors on each plant component.

Next came connecting OptimumLOOP with the Siemens building automation system, and upgrading the building automation system network in Building 2 to Ethernet. This would ensure the data flow wouldn’t challenge the local network capacity. When this phase was finished, IBBR had OptimumLOOP up and running across the chiller plant—just in time for the cooling season of 2014. 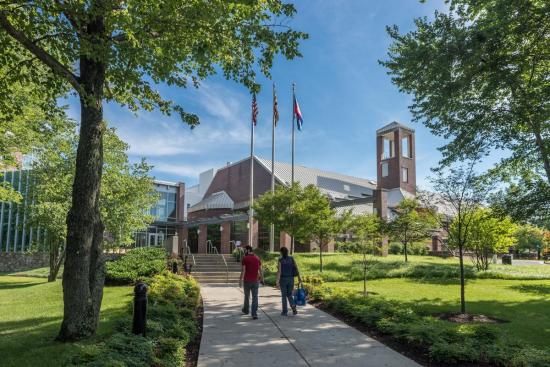 In the first year of full operation, the optimized plant cut the IBBR’s energy use by an average of 266,836 kWh/year (30%), for operations savings of about $36,000 per year. Originally, each primary chilled water pump ran consistently at 60 Hz. Now, they each run at an average of 55 Hz. By itself, this may not appear to deliver huge savings, but the change in speed provides about 20% savings for these pumps alone. OptimumLOOP’s relational control algorithms helped maximize overall plant performance and meet the optimal parameters for current conditions. IBBR found running individual pieces of equipment at more efficient speeds adds up to one big number.

2014 was a year of testing and tuning. For instance, in trying to protect itself from surging, the chiller control panel ended up hampering energy efficient operation. The chief problem was old data. Through working with Optimum engineers, the IBBR facilities team urged chiller mechanics to update the data at the control panel. Siemens engineers adjusted the chiller code in their system to address condensing water control issues.

In addition, the greater visibility into plant operations provided by OptimumLOOP’s connection to the BAS revealed unusually poor plant efficiency. At one point the plant was operating at a kW/ton rate 10 times higher than expected. This had to be incorrect, but the kW values coming back from the plant all appeared to be within expected ranges, while supply and return temperatures were also normal and verified. The problem turned out to be the flow meter needed repaired and reinstalled.

Plant efficiency became progressively better over the course of the year, reaching 0.57–0.65 kW/ton plantwide. 2015 brought consistent energy reduction, and the plant began running in an optimized mode almost all the time, adapting and responding to real-time loads and changing ambient conditions. By the end of summer 2016, IBBR had wrung all possible efficiencies out of the environmental stabilization plant.

From the beginning, the IBBR facilities team took the long view of the optimization project, in part because Building 2 was only at 50% capacity when the work began. Now the labs are nearly fully occupied, with scientists running their experiments daily—and that has been the true test. The optimized plant has been able to operate just as efficiently with a full load. IBBR’s energy consumption has remained flat even as user occupancy has nearly doubled.

For the IBBR facilities team, what really mattered, was to continue to support the researchers throughout the optimization process. Now the HVAC system remains a behind-the-scenes hero. Scientists’ work goes on unimpeded, and their lab conditions have remained constant, consistent and repeatable—precisely the best environment for fighting disease at the molecular level.

With the plant now running 30% more efficiently on average, IBBR is aggressively moving forward with bigger, more complex projects to cut energy consumption even further. Their goal? To help the University of Maryland beat its own climate targets.