Ongoing water treatment is part of every company's effort to ensure its industrial chiller and cooling systems run efficiently and reliably – and importantly – help protect the environment.

While most rely on chemicals for water treatment, others are finding success in what can be accurately and fairly described as a green solution because it takes the form of a moss. More precisely, this plant-based alternative to chemical water treatment leverages the properties of sphagnum moss, and it’s being harvested, processed and sold as ProMoss™ to companies throughout North America by Creative Water Solutions (CWS), Plymouth, Minnesota. 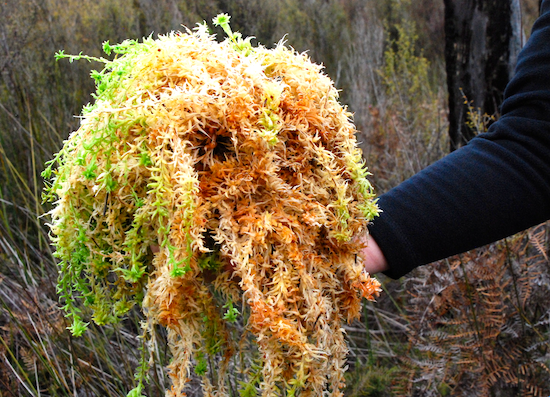 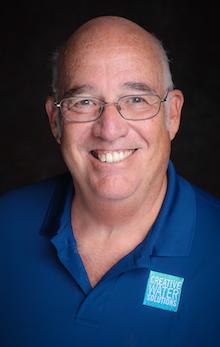 Good morning! How did you first learn about sphagnum moss?

I’m a retired vascular surgeon, and I’ve always been interested in science and new medical discoveries. I was traveling and read an interesting article about sphagnum moss used in World War I to successfully treat wounds. The same moss had been used long before by the Vikings to preserve water and food on their voyages. The moss also naturally purifies water where it grows in bogs.

I began to hypothesize whether the moss could be of further use in medicine or other applications. I then decided to take it to another level and my business partner, Vance Fiegel, and I began studying it. We eventually came to the conclusion the natural properties of the moss could be used to improve water quality in various applications. I even tested it on my hot tub. Within a week of putting it in the tub it made the spa water perfect. That really got me thinking.

Our research led to the launch of Creative Water Solutions in 2004. Initially, we geared ProMoss for home spas and swimming pools, and then we began selling it for use in commercial swimming pools and spas. We later we found it to be very successful for industrial boiler and cooling tower treatment programs. It’s used widely today in all of these applications.

What exactly is sphagnum moss and where does it come from?

It’s a plant that grows naturally in bogs in New Zealand and along the U.S.-Canada border where there are huge major amounts of the right species of this particular moss.

We acquire the moss from these areas and we also operate our own moss processing facility in Northern Minnesota. We harvest it by hand to protect the bog from any damage. Once the moss is picked, we airlift it out by helicopter and transport it to our process facility by truck.

To further protect the bogs and the quality of the water where it grows, we only pick the top half of the plant and leave the bottom half in place. The bogs regrow in five to seven years.

Describe the process for turning the moss into a commercial product.

The leaves of the moss are dried out at our facility and processed into the final product. The leaves, which contain the unique biological properties that make ProMoss a sustainable water treatment solution, undergo medical-grade sterilization before they are shipped so it doesn’t introduce a non-invasive species anywhere it’s used.

The product is also safe to dispose in landfills, and we even encourage users to be creative and use it as mulch when they’re through with it.

Tell us more about these biological properties that make it work.

Sphagnum moss removes a percentage of positively charged metal ions, which are called cations, in the process water. These cations include magnesium, calcium and iron. In addition to absorbing cations, it also releases hydrogen ions in the exchange process.

It also contains slow-release biochemicals called sphagnans that clarify the water by flocculation. In addition, the sphagnans inhibit and remove organic contamination, which is vital to reducing biofouling. For example, a cooling tower might have a high turbidity level, which means you can’t see through the water. But it’s not unusual to see crystal clear process water in the same cooling tower within a week after using the moss. 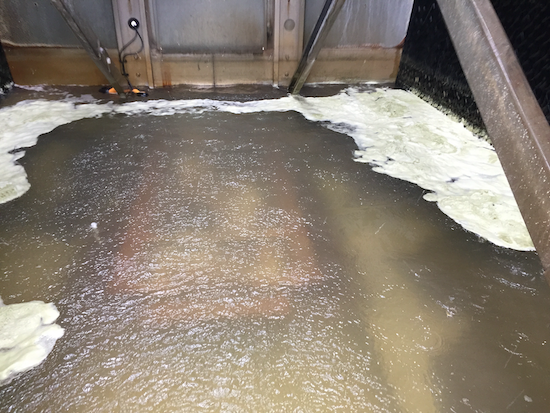 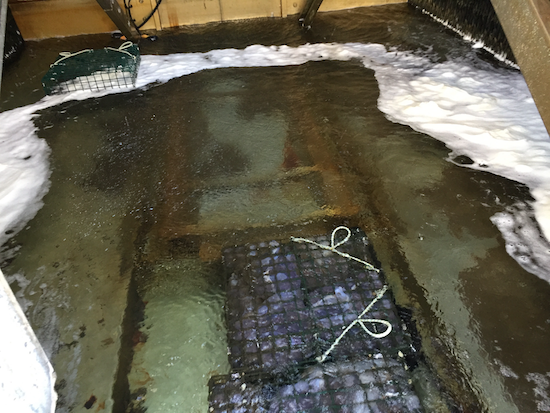 Serving as a source of slow-release biochemicals, ProMoss acts as a potent water clarifier. Shown is a cooling tower basin before being treated with moss and the same basin two weeks after treatment (top to bottom).

Why is it important to remove a certain amount of positively charge ions in process water?

Hardness, alkalinity, and/or pH create scaling, which limits the amount of process water that can be recycled in evaporative systems. This also causes problems in other types of systems. ProMoss lowers the scaling potential by lowering the hardness and alkalinity and pH levels in the water.

This is particularly important in an open cooling tower, which uses evaporation as part of the heat-removal process. The process leaves behind minerals, which are the dissolved solids that create scaling. The dissolved solids increase in concentration over time, requiring blow-down when the concentration gets too high. Blow-down, of course, is when the concentrated water is drained off and diluted with fresh makeup water to prevent scaling.

The moss minimizes the amount of dissolved solids available to form scale. Users can increase the Cycles of Concentration limit on their cooling tower, which means they don’t need to drain any sooner than necessary. The result is less water consumption and reduced sewer treatment costs.

How does sphagnum moss reduce biofouling?

First, it’s important to know approximately 90% of the problems we encounter with cooling water systems are associated with organic contamination that creates biofouling.

In every type of cooling water system, such as a cooling tower, chiller, or the tubes of a heat exchanger, the process water forms a thin layer of organic contamination. This organic contamination is very insulating. It’s actually about four times more insulating than mineral scales. Suffice it to say, it’s very heat-transfer resistant. Low heat transfer co-efficiency, in turn, increases the amount of energy needed to cool the process water.

Biofouling also causes corrosion because anaerobic bacteria on the surface of the metal are shielded from oxygen and continue to grow if left untreated, which can increase daily operating costs and decrease the life of equipment. Sphagnum moss is very effective at keeping systems cleaner and free of biofouling resulting from organic contamination.

The cost of energy for water-cooled chillers increases due to the formation of biofilm in process water.

How do you determine the amount of moss to use in a particular system?

What amazes me is how nature has engineered the perfect device over thousands of years for slowly dispensing of the sphagnum moss biochemicals.

To answer your question, we’ve developed some general guidelines based on extensive research and testing based on a variety of factors associated with cooling water systems, including the type of application, different types of problems to address and different water conditions.

Our general guideline for a cooling tower, for example, calls for a dosage of between 50 to 100 grams of product to treat 1,000 gallons of water for one month. The amount of product will vary based on the factors I’ve described. A cooling tower might only require 50 grams/1,000 gallons, or it could require as much as 200 grams/1,000 gallons, especially where there is a lot of opportunity for accumulation of organic contamination such as in a textile mill or agricultural processing application.

The total dosage, of course, is based on the total amount of water being treated. More water requires more of the product. It also calls for ongoing measurement and monitoring as with any treatment program, which is why metering is so important. Meters are inexpensive and I have to wonder why they’re not used more often given the growing importance of measuring water usage.

How long does the product work once it’s been put to use?

The moss is placed in a contact chamber to allow the water to contact the moss leaves and to release their sphagnans.  After years of research and applying ProMoss in industrial applications, we’ve found it to be consistently effective for a one-month period before the biochemical properties are depleted.

In general, the old moss is replaced with the same dosage of new moss after about one month. As long as the product is applied with the right dosage and the conditions of the cooling system remain unchanged, it just works.

Some might say this all seems too good to be true as far as sustainability. Is there a catch?

There is no catch. We all know the amazing things nature can do. What we’ve done is figured how to take nature’s chemistry and put it to use as a viable green solution for water treatment programs. 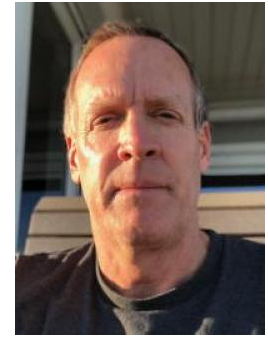 A Comprehensive Approach to Water Treatment

CWS has steadily grown its network of water treatment companies trained in the application of ProMoss for commercial and industrial use. One company that has worked with CWS since the introduction of the product is Southeastern Laboratories, Inc. (SEL). The firm is a leading regional water treatment company with its corporate office, laboratory and production facilities in Goldsboro, North Carolina.

According to SEL Vice President of Field Operations Steve Chewning, the goal of SEL as with any other professional water treatment company, is to not only treat water, but also conserve it.

“Let’s say you have a cooling tower and your process water is prone to scaling,” Chewning said. “One strategy to prevent scaling is to use fewer chemicals or moss and just blow down water. Some would think that’s a great strategy because it might address the scaling issue, but there’s still a major problem: It wastes a ton of water.”

The better approach, said Chewning, is to take a comprehensive approach to ensure an effective water treatment program.

“A properly applied water treatment program will prevent problems with things like scaling and corrosion in order to maintain system efficiency – and get the job done with the least amount of water loss possible,” he said.

The assessment takes a number of variables into consideration, including the type of system, i.e., an open evaporative cooling tower, or a closed-loop system. It also factors in the characteristics of the water, namely its ionic content. Another variable examined is the mechanical hydraulics (or flow) and process water temperatures. The assessment of an open cooling system also considers the amount of exposure to contaminants.

“We take into account all these factors and weigh the strengths and weaknesses of chemicals or sphagnum moss and decide on the best approach,” Chewning said. “For example, moss is an excellent choice for removing existing organic contamination in a cooling tower, whereas chemicals would be a better choice to inhibit corrosion in a closed system.”

Chewning said the right water treatment program is driven by the experience, technical expertise, and services of the company offering water treatment services. He said SEL emphasizes the importance of professionals earning and maintaining a Certified Water Technologist (CWT) certification through the Association of Water Technologies (www.awt.org).

“Nearly all of our service specialists have earned the CWT distinction,” Chewning said. “We think of ourselves as water consultants because there’s so much that goes into it, including energy and water conservation.”

As far as experience, SEL has provided water treatment services and products to a wide range of industrial, commercial, governmental, and institutional users since 1973. SEL’s engineers also average 20-plus years of experience.

Chewning has also been in the industry for several decades. He said sphagnum moss represents one of the industry’s most exciting technological developments in recent years.

“The advancements we’ve seen over the years are nearly always associated with devices designed to replace chemical treatment,” Chewning said. “However, they haven’t always worked. With ProMoss we’ve seen the results – and based on actual experience, it’s no wonder it’s gaining momentum.”

Thank you for providing these insights.